Welcome to the OpenLearning Help Community!

This article is a little more technical than most. Ask us (or your IT team) if you have any questions!

LTI is a standard from IMS Global which prescribes a way to easily and securely connect learning applications and tools. This allows trust to be shared between two systems by means of a shared secret key stored on each system, per registration of an LTI integration.

The ordinary operation of LTI is as a launch strategy, e.g. launching one cloud service from another, and sharing the logged-in user’s session between systems.

This can provide interoperability functionality in two ways on OpenLearning:

In either of these cases, three pieces of information are shared between systems:

I.e. When a student who is logged into an LMS (e.g. Moodle), clicks to launch OpenLearning from within Moodle, will have their Moodle credentials recognised in OpenLearning. They don't need to create an OpenLearning account or sign in again. 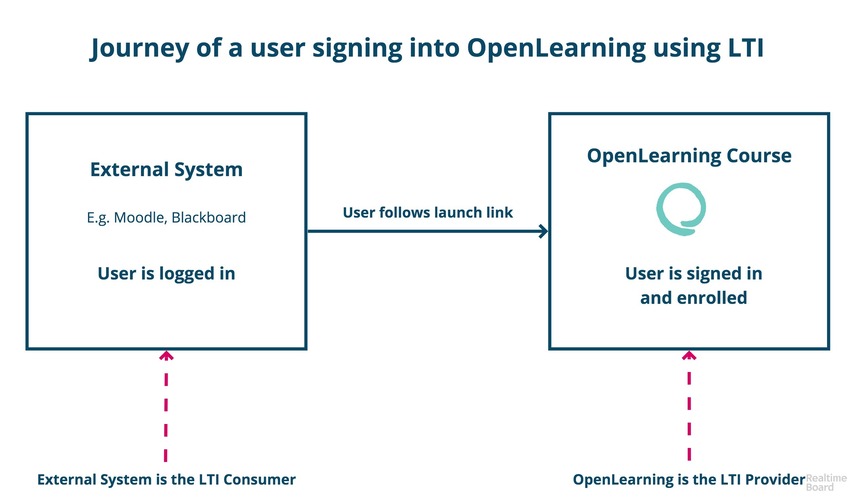 A course or institution admin can be issued with the credentials needed to provide the LTI Consumer.

LTI credentials can be issued either per OpenLearning class (set up within the course itself), or for a whole institution (set up in Institution Settings).

There isn't much of a difference between setting up credentials per class or for the whole institution. If you set them up per class, if you create another class in the future, you would need to set up the LTI credentials for that new class.

If credentials are set up for the institution, you would only need to set them up once.

2] Setting up LTI for Moodle can be done either per class or at the institution level.

Issuing credentials set up per class

When issued for a class, the LTI Consumer is given the ability to create a launch link for the end user to follow, which will automatically sign the user into OpenLearning and enrol in the associated class.

To request credentials for a class, go to:

Issuing credentials for a whole institution

When issued for a whole institution, the LTI Consumer can specify the class to target by using a “context ID” field (send through in the LTI launch parameters). This context ID will be mapped to an OpenLearning class within the OpenLearning platform.

Many LMS systems automatically generate a context ID for a course delivery, and when performing a first-time LTI Basic Launch from an LTI Consumer as an OpenLearning administrator, you will be prompted to choose or create an OpenLearning class.

The mappings between OpenLearning classes and LTI context_ids can be viewed and modified in the “Single Sign On Mapping” section in Institution Settings > Integrations.

To request credentials for an institution, go to:

Upon following a launch link, an end user will either already have an OpenLearning profile, in which case the user will be automatically signed in and enrolled into the associated class (if this is not already the case), and the appropriate role will be assigned to the user as per the LTI parameters sent with the launch. This allows the following functionality to be implemented via an authenticated LTI launch link:

Guides for setting up OpenLearning as an LTI Tool Provider:

OpenLearning is acting as an LTI Consumer when it allows a user who is signed into OpenLearning to perform an authenticated launch of an external activity, tool, or widget embedded into or linked from an OpenLearning course experience, without requesting additional sign-in credentials.

I.e. When a student who is signed into OpenLearning completes an authenticated launch of an external activity or tool that is embedded within the OpenLearning course as a widget. 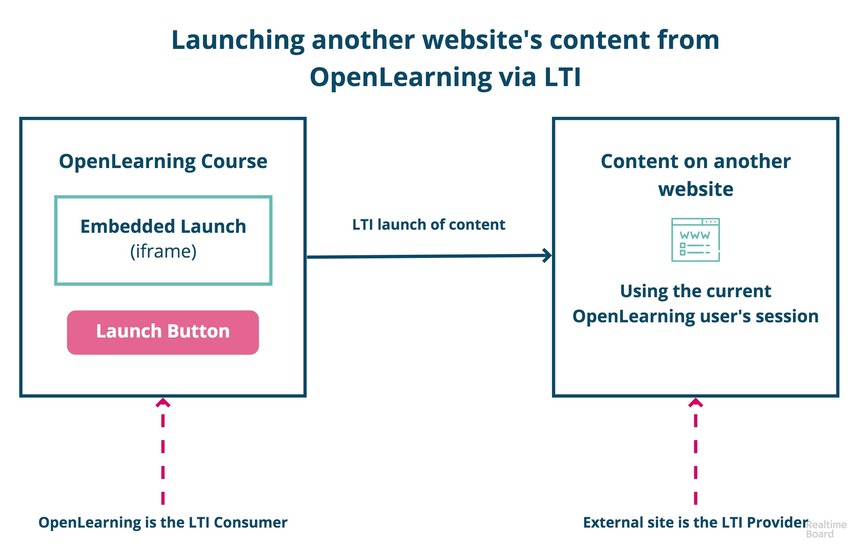